MH17: Ministry of Health Malaysia was part of the negotiation team

A Malaysian Airline (MAS) aircraft codenamed MH17 flying from Amsterdam to Kuala Lumpur crashed at about 9.00 pm Malaysian time (3.00 pm Ukrainian time) killing all 298 people on board including all of it crew members. It was postulated that the plane was being shot down by a missile. The remains of the victims were recovered by the pro-Russian Separatist and were transferred into a temporary refrigerated storage facilities made up of train coaches in Torres, Ukraine.

A team comprising of 12 selected Malaysian government officials, one of whom was a senior official from the Malaysian Ministry of Health (MOH), were deployed into a covert operation to Donestz on 20th July 2014, to negotiate with the party in control of the area for the release of the victim remains, acquisition of the black boxes and access to the crash site for the purpose of air-crash investigations. The special team mission was a success where the remains and black boxes were recovered and later brought to Kharkiv city, 300 km from Donetz by train. Ukrainian government subsequently agreed with request by the Netherlands government for the remains to be transferred to Hilversum Netherlands for Disaster Victims Identification (DVI) purposes. On 23rd July 2014, the victim remains were flown by C130 military aircraft from Kharkiv to Eindhoven Netherlands, followed by a state ceremony reception and escorted to Hilversum Military camp by land.

The Ministry of Health salutes the DVI team and also the local psychosocial team and the Crisis Preparedness and Response Centres (CRPC) for the hard work, professionalism and dedication. 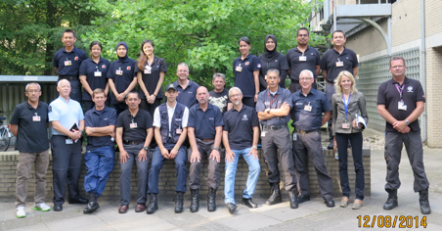