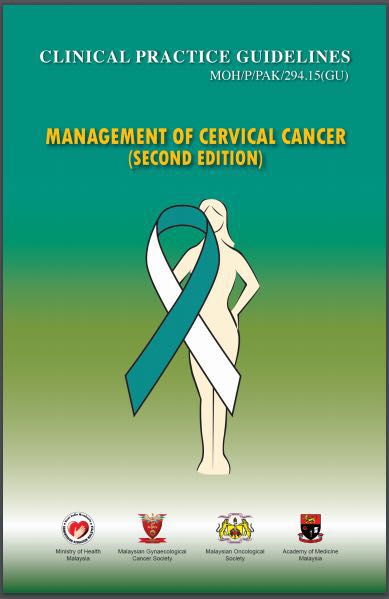 According to World Health Organization (WHO) 2015, cervical cancer is ranked fourth commonest cancer among women globally, after breast, colorectal and lung cancer.

In Malaysia, National Cancer Registry (NCR) 2007 reported cancer of the cervix as the third most common cancer among women and fifth most common cancer in the entire general population. There were a total of 847 cervical cancer cases in 2007 registered at NCR. Cervical cancer incidence rate increased after 30 years old and peak at ages 65 – 69 years. Compared among the major races, Indian women had the highest incidence for cervical cancer followed by Chinese and Malay. The age standardisation rate for Indian females was 10.3 per 100,000 populations. The percentage of cancer cervix detected at stage I and II is 55%. 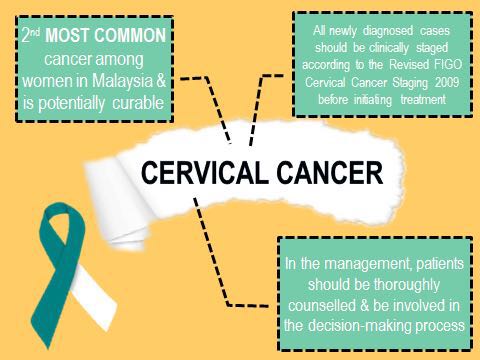 Malaysia has been recognised to be the first South-East Asian country to implement National Human Papilloma Virus Vaccination programme to reduce the incidence of cervical cancer. There are 20 gynae-oncologists serving Ministry of Health while eight specialists are undergoing gynae-oncology fellowship programme. Five main referral centres for gynae-oncology services throughout the country have been established. Future development of the service includes setting up a centralised centre such as National Cancer Institute in Putrajaya.

In view of recent advances in management of cervical cancer both surgically and in chemotherapy and the first edition of the CPG was more than 13 years ago, it is thus appropriate that the CPG on Management of Cervical Cancer be revised and updated. 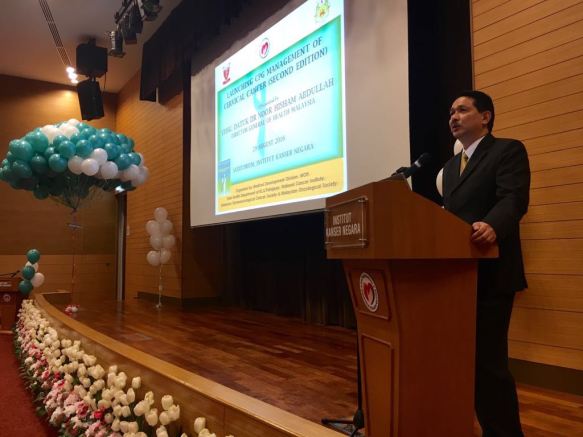 This second edition CPG is the first evidence-based CPG on cervical cancer to be produced in Malaysia and will replace the first edition which was consensus-based. It covers various aspect of managing the disease ranging from diagnosis and staging, treatment, referral and follow-up. There are many algorithms and appendices to provide better understanding in managing cervical cancer and a quick reference was developed to enhance the CPG utilisation.

MOH is always supportive of any effort aimed at improving delivery of healthcare services. This includes the various implementation strategies of the CPG which helps to equip healthcare providers with relevant knowledge and skills when managing patients with cervical cancer. In relation to that, training of core trainers nationwide based on the CPG training module will be conducted soon after this launching. 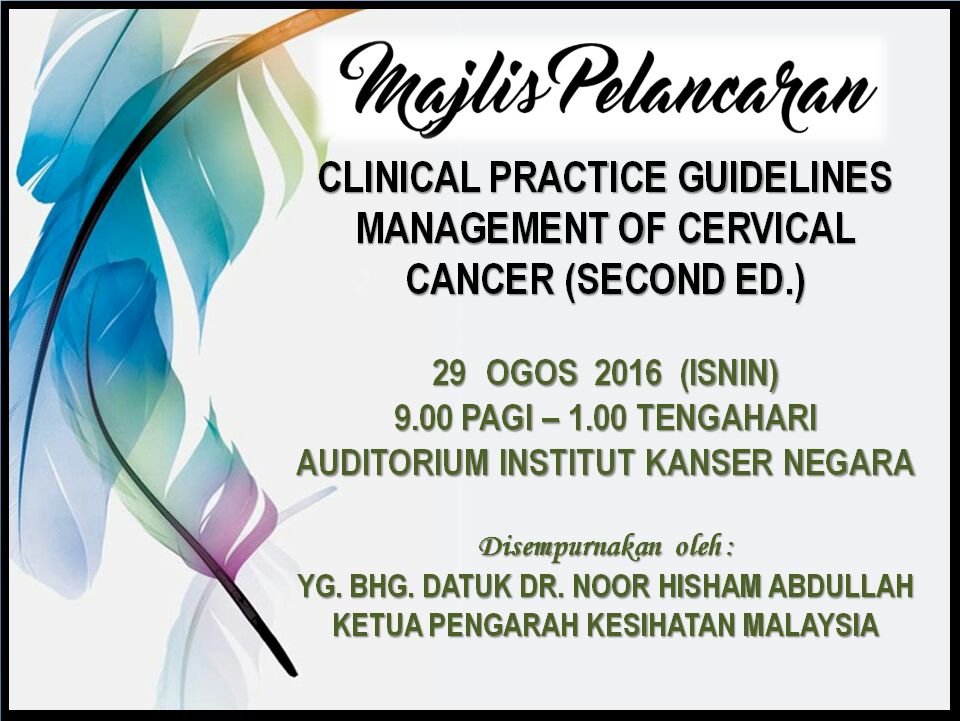 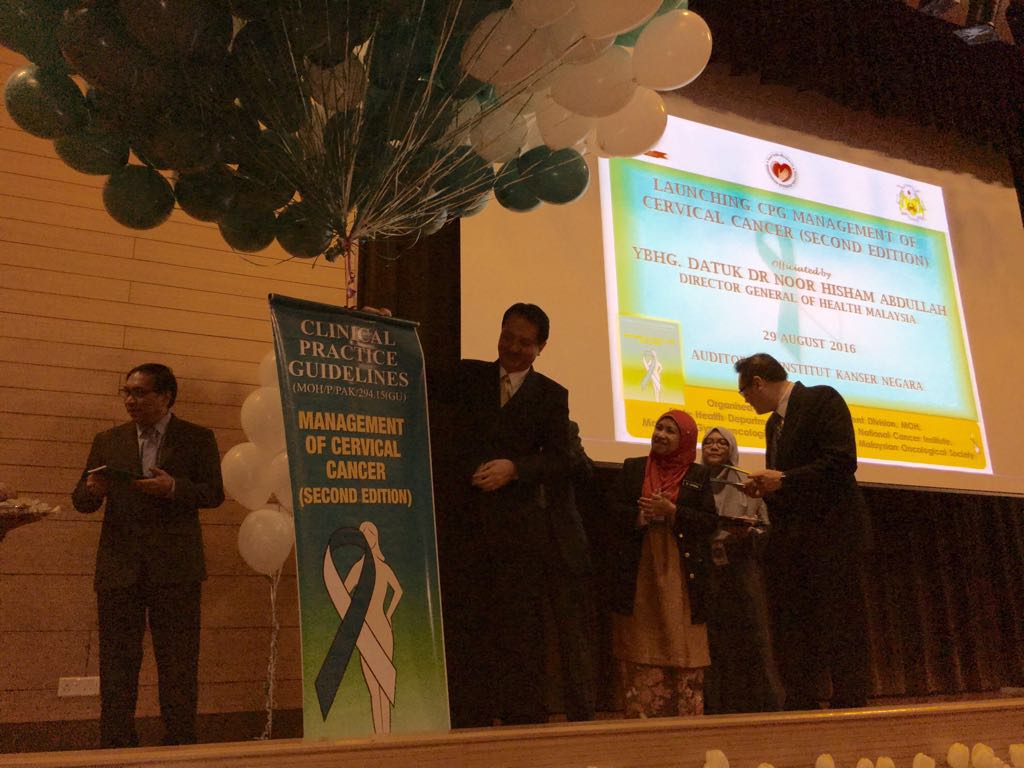