Colorectal carcinoma (CRC) is the second most common cancer in Malaysia at a prevalence of 13.2% as reported in Malaysian National Cancer Registry Report 2007-2011. According to National Cancer Patient Registry on Colorectal Cancer 2008-2013, the overall incidence rate for CRC was 21.3 cases per 100,000 population. Age-adjusted […]

The Malaysian Endocrine and Metabolic Society (MEMS) is actively organising courses and conference, collaborating with others in the field of diabetes and endocrinology. The society also supports public programmes to increase the awareness of diabetes. MEMS Annual Congress (MAC) is a yearly event and this year is the […] 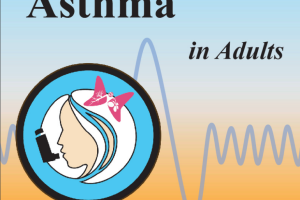 Asthma is a common respiratory disease affecting up to 235 million people worldwide. The prevalence of asthma varies due to the difficulty in assessing its severity. The reported worldwide prevalence is between 5.2% and 9.4%. In Malaysia it is estimated to be 4.2% based on the third National […]

The Asian and Oceanian Association of Neurology (AOAN) was established on the 26th of June 1961, initially with 9 member countries which has since then grown to 20 member countries currently. The main objectives of the AOAN are to promote and foster the advancement, exchange and diffusion of […]

Head injury is one of the commonest and probably the most preventable medical conditions. Road traffic accident is the commonest cause of head injury globally, besides accident at home, workplace and during sports event. This neglected global epidemic has been the concern of the World Health Organization and […]

PRESS STATEMENT DIRECTOR GENERAL OF HEALTH MALAYSIA   LAUNCHING OF THE CLINICAL PRACTICE GUIDELINES ON MANAGEMENT OF NEONATAL JAUNDICE (SECOND EDITION) Jaundice is one of the most common conditions needing medical attention in newborn babies and is due to high levels of bilirubin in the blood. Worldwide, about […]